Over more than 25 years of working in innovation and impact, I came to two conclusions: the first is that our public and international finance system needed significant reform for a more just world. The second is that despite the welcome appearance of female leaders like Christine Lagarde and Kristalina Giorgieva, the first women to lead two of the most powerful public finance institutions, the European Central Bank and the International Monetary Fund, the investment agenda needs to follow at all levels. While both Lagarde and Giorgieva have been outspoken about the need to ‘build back better,’ and have mentioned women, low wage workers, and climate in ways their predecessors did not, they lead large organisations whose working practices and resource allocation do not always align with the ambition or rhetoric at the top.

I started my career in the mid 1990s in corporate innovation. Innovation – an overused word – in this context meant taking a consumer product and figuring out how to price it and market it to more buyers. Fifteen or so years later, I was working with large multinationals and their teams all over the world. Something kept bugging me: the places and the things that needed innovation most weren’t getting new solutions or attention, while there was all this brutal competition and stupendous talent busy launching another brand of toothpaste or mobile phone tariff.

I wanted to know who was working on innovations to increase access and lower the cost of affordable energy, clean water, health care, education, and all the other things the world needed most. While there were small social innovation or CSR (Corporate Social Responsibility) units in my client’s companies, they usually had no more than ten people. They would control very little budget directly, amounts less than promotional fees for new shampoo.  I also noticed that majority of decision-makers were men, even though their teams of employees were women, and most expected consumers.  Finally, though the companies were global and the workforce international, most people came from the highest, best educated elites-and had never known poverty. It was rare for them to take an interest in making a product more affordable or a business model more inclusive.

In 2010 I left big corporate and went to work for a new kind of company, an “impact business,” that delivered an innovation to connect the more than a billion people who did not have access to mobile phones, particularly women, smallholder farmers and merchants and other excluded or non-urban populations in Africa and Asia.

Given the size of the problem – and the opportunity – I started to get curious about how all these innovations and innovative companies developing solutions to meet fundamental needs get funded. That’s when I learned about development finance: its history, its present, and the fact that it’s not doing the job of funding much of what the world needs most.

What is the definition and history of development finance?

Most countries in the Global North, particularly Western Europe, Scandinavia, the US, Canada, and Australia, have had long standing commitments to provide 0.7% of their GDP toward international development. The history of this target is often aspirational and subject to political whim. There is even an article on most common criticisms at Britannica.

There is something strange about previous colonisers giving back a fraction of what they took from their colonies and calling it “aid”.

Leaving aside any political or philosophical challenges about strategy, power or objectivity in development spending, there is also a very practical one: is the money being spent in the most effective way? Critics like Owen Barder have pointed out that the answer is no.

These funds are much more important now than ever before to meet the world’s Sustainable Development Goals. Development finance money from wealthy countries is supposed to de-risk investment in poorer ones so that private sector money can follow along, which we need in to move ‘billions’ (public money) to ‘trillions’ (private money).

There are a few issues with this setup. For a start, development finance money is fundamentally yours and my money from taxes, but citizens rarely have a visibility or a say in how it’s spent. The organisations who administer this budget are often caught between two paradigms: use money to achieve outcomes or use it to achieve financial returns. The development banks often have charters that do not allow for them to take risk. Therefore, the innovative high growth start-ups go unfunded, while public money invests in what are already good investments, just in geographies less well served by private investors: bridges or power plants, not an edtech start-up. Whole sets of the sustainable development goals are underfunded: for instance, landscape restoration, because the business models and established practices of the development banks do not know how to invest in them.

Changing how this works is difficult, as there is little diversity in the development finance talent pool, and few people who challenge how it works from the inside. The management is usually recruited from mainstream finance organisations, is the elite of the population, and is not required to consult diverse voices from the countries in question about what they want. Economic development is seen as a good in itself. While finance is needed to transition the infrastructure of countries in critical areas as health systems, infrastructure, energy (increasingly although not yet exclusively renewable), and governance, the process of getting it there is more technocratic than democratic.

Why should we as citizens care about development finance?

First, it’s our money, raised from the tax base, which as the recent ProPublica investigation shows, comes disproportionately from our earnings rather than from the wealthy or from businesses. Second, the development budget has often been used as a wrecking ball by the media or political interest without much knowledge about how it is actually being used or how effective it is and without disclosure of the raft of benefits that accrue from its spend to the country. Many ‘aid’ departments have now been folded in under a ‘trade’ department, as in the Australian creation of AusAID and the UK’s Foreign Commonwealth Development Office (FCDO). This leaves the development finance organisations with less support to figure out how their investments matter beyond financial risk and return.

More than anything, money is power. If we want to develop a new paradigm of how to use power wisely, we need to distinguish between classic, narrow investment logic of risk and return, to a much richer, restorative, and participative kind of finance – one which is respectful of what communities want and keeps the long term in mind. This would mean shifting toward investing in regenerative agriculture rather than food processing plants, in climate adaptation rather than energy generation, and in education and skills.

How can development finance be more feminist?

The post COVID recovery gives us an opportunity to re-include voices and perspectives that are often left out of the discussion. Good development finance should serve the citizens and the future over the investors. The benefit of these innovations accrues to us all: with better resilience, countries would avoid conflicts over resources exacerbated by climate change such as water and food security. Greater access to opportunities can be delivered by technology and entrepreneurship. Stronger and more transparent governance of capital markets can strengthen weak states. Financial inclusion and innovation would allow those not in the country’s elite circles access to finance.

And why is this more feminist? At a working session for Finance in Common, feminist finance is defined as “challenging the status quo to rethink systems and unlock possibilities for transformative change that is inclusive and sustainable.”

The feminist future would see more community involvement in the design and deployment of development finance, more visibility and critique of the current practice, and more funding for grounded entrepreneurs and innovators whose goal is inclusion.

Whatever finance we provide from public institutions needs to be just, future-oriented, and climate smart. In the areas of innovative and blended finance (the combination of public and private finance) and social enterprise, the majority of practitioners are female. Maybe it’s a coincidence, but I believe those outside the system are best placed to question it and come up with alternatives that work better for more people. Now, we just need the money and the power to follow.

Ramona Liberoff is Lead, Strategic Initiatives at Roots of Impact. Roots of Impact is a specialized advisory firm dedicated to making finance work for positive impact on people and planet. We collaborate closely with public funders and impact investors across the globe to scale high-performing enterprises and innovations with strong potential for impact.

Before joining Roots of Impact, Ramona had been CEO of SPRING Accelerator, supporting nearly 80 companies to innovate products and services to improve the lives of millions of adolescent girls in Africa and South Asia, Senior Vice President at Nielsen Innovation, working with Unilever and a team of over 600 innovation experts, and a founder of several start-ups and investor and advisor to many more, including Drinkwell in Bangladesh, Civocracy in Germany, and The Dots and Thermify in the UK. Her passions are people, climate, and innovation to create better futures for both. She holds masters’ degrees from the London School of Economics and Yale University and lives in Berlin. 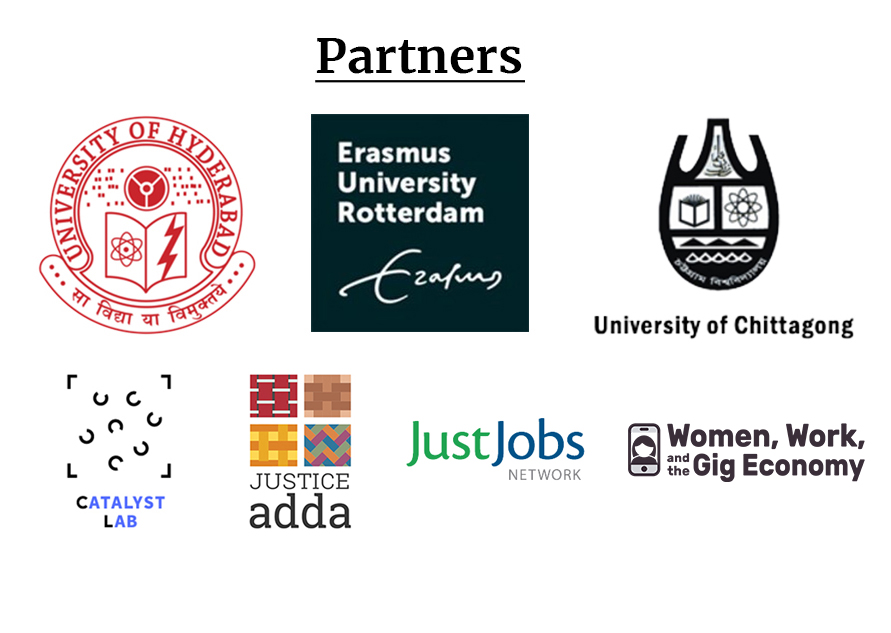