For FemLab.Co I spoke to Linnea Thompson. Her article ‘Crowdsourcing as a platform for digital labor unions’ with Payal Arora served as an early inspiration for our project and she now works as a Corporate Social Responsibility (CSR) specialist for the Norwegian fashion retailer Varner. Our conversation helped me to overcome some of my prejudices towards big brands. Maybe it will help you, too?

If somebody would ask you to name a clothing company known for its abusive working conditions, which would you choose? Let me guess: It’s one of the big well-known brands. Certainly, that is what would have come to my mind if somebody had raised that question not too long ago. I spent my transformative years towards adulthood in the 1990s in Germany. Communism was defeated and capitalism emerged as the big winner of the cold war. At least, that is how it appeared for a little while, prompting Francis Fukuyama to announce the “end of history”.

While governments worldwide embraced neoliberal strategies, an anti-capitalist counter-movement was on the rise. In 1998, the NGO Attac was founded in resistance to the seemingly limitless power of globalized corporations. A year later, 40.000 protestors turned against a conference of the World Trade Organization, clashing with police in what has come to be known as the iconic “Battle of Seattle.”

By the time I started studying sociology at Bielefeld University in the early 2000s, it was pretty much common sense among my peers to blame global corporations for almost everything that was going wrong in the world. Like many others, I was impressed by Naomi Klein’s bestselling book “No Logo,” a work that fundamentally criticized the overwhelming power of superbrands and their often-exploitative practices hidden behind the shiny facades created by marketing specialists:

“Since many of today’s best-known manufacturers no longer produce products and advertise them, but rather buy products and ‘brand’ them, these companies are forever on the prowl for creative new ways to build and strengthen their brand images.” (Klein 2010, p. 5)

Looking back at the book two decades later, Dan Hancox portrays the atmosphere of that time like this:

“The battle lines were clear, as ordinary citizens around the world stood in opposition to corporate greed, sweatshops, union-busting, ‘McJobs’, privatisation and environmental destruction: and the avatar for them all, the increasingly unavoidable logos of western ‘superbrands’.”

Klein wrote about a movement that emerged which tried to fight corporations with their own weapons. “Adbusting” built on the same powerful mechanisms as advertising – but it smeared brands instead of promoting them.

The campaigners had more than enough material at their hands. From environmental catastrophes to never-ending reports on terrible working conditions – there was no shortage of reasons to scratch the shiny facade of big brands. At the same time, their omnipresent advertising guaranteed an endless supply of material that could be weaponized. Take this simple but effective modification of an Exxon advertisement, shortly after their vessel Exxon Valdez spilled millions of gallons of oil in Alaska’s Prince William Sound in a disaster that affects the region even today:

Just like Exxon Valdez’s oil keeps poisoning the ocean, nothing has fundamentally changed regarding brands and their perception. Major corporations continue dominating the markets. Scandals keep surfacing just as predictably as the riots and protests waiting in the wings of the next WTO summit. Occasions and names may change, the basic driving forces remain the same: Greedy global corporations exploit vulnerable local populations, covered by corrupt governments. While a few ‘conscious consumers’ may resist, the vast uncritical majority keeps the machinery running. In fact, the situation may have gotten worse due to the new superbrands of the digital economy as Dan Hancox remarks in his article reflecting on Klein’s book:

“Proud of yourself for not buying books or gifts from Amazon? Fair enough, but it is also the largest cloud service provider, with a 32% market share; your favourite activist website is probably using Amazon Web Services.”

The internet era started with the promise of endless possibilities. Yet, a smartphone user in 2021 can merely choose whether to feed Apple’s or Google’s data-hungry systems. Klein’s book seems as relevant today as it was during the battle of Seattle. Superbrands are to blame. Who could argue with that?

A look behind the black and white facades

Although they have contrary intentions, advertisers and adbusters have one motivation in common: They paint a very one-sided picture of the story. The problem with that is not just that this approach rarely leads to accurate perception. What´s worse is that consumers are driven to a state of learned helplessness, a weird mixture of willful naiveté, when we give in to the constant bombardment of glossy advertising, paired with occasional outbursts of inconsequential rage when we stumble over another scandal. All this obscures not only that we don’t live in a black and white world but also that there is much that can be done to improve it – and is in fact done on a daily basis. Including by superbrands. Maybe – and my socialization makes it hard to write this – especially by superbrands.

My interview partner Linnea is the one who is giving me this hard time. When I ask her, what got her into the field of Corporate Social Responsibility (CSR), her initial reply still neatly fits my worldview:

“When I studied media and communication at Erasmus University Rotterdam, I wanted to know how businesses really work (in contrast to what they are communicating). To me, CSR is so important but obviously, there was and is also a lot of green washing going on. When I was a student, we were all very critical. Our papers were dedicated to finding out ‘who is just green washing and who is actually doing good work?’ because it´s often very difficult to distinguish the two.”

Sure, superbrands talk a lot about social responsibility. It’s part of their marketing strategy. But digging deeper into Linnea’s motivations, I begin to understand that marketing is certainly not what is driving her:

“I´ve always been super interested in following up production chains, wondering how one could make them more responsible and what businesses can do to improve them. In part, that´s for personal reasons: When I was young, my mom was working as an advisor for businesses to create better working conditions with regards to human rights and sustainability. She told me all about it, which got me into this field.”

Working for the business side has made Linnea not less critical but enabled her to take a more granular point of view:

“The perspective I had as a student became a bit more nuanced after I started working in the field. It´s easier for me now to differentiate marketing from actual corporate responsibility. Any brand, big or small, wants to be perceived as ‘good’, and in the end it’s up to the consumer to distinguish between marketing and responsible business practice. A sustainable image might be just that: an image.”

I immediately have a picture of one of those seemingly close-to-nature outdoor brands in my mind. I probably still have a piece by such a company in my closet from one of my little nature adventures. I recognize myself as the prototype customer who would get allured by the romantic marketing vision created by a Nordic outdoor brand. I was critical but my anger was targeted against the big corporations, not those seemingly sustainable small companies. My intuition let me down as I realize when Linnea elaborates:

“A lot of people have this perspective that the big corporations are the bad ones. But really, the more research you do on this, the more you will realize that this perception is often not true. The reason is simple: these big companies actually have the resources to put their words into action.”

Maybe more money doesn’t necessarily translate to more exploitation. Yet, we intuitively take the side of the underdog. It’s deeply rooted in our culture. From David vs. Goliath to Slumdog Millionaire – we love and cherish the narrative of the disenfranchised who beat the odds. But as attractive as these stories are, they might not be the best guides for conscious consumption. Marketing specialists already took notice of our preference for the underdog and many try to portray their company as one – regardless of whether this portrayal is based in fact.

At the very least, small businesses usually stay under the radar while superbrands are always in the spotlight, making them giant targets that are hard to miss. Adbusting is one example for how this prominence can backfire but brand communication is generally a balancing act with many pitfalls, especially when it comes to corporate responsibility as Linnea explains:

“I understand now how difficult it is to balance the communication of your CSR efforts. Especially in the media in Norway we see, for example, H&M who received intense criticism because they marketed their CSR strategies as better than how experts judged them. So, they end up in this position in which they are perceived as ‘all bad’ – while they´re actually one of the best companies when it comes to following up their supply chain. They have been very innovative on that front.”

There is not much room for nuance in our polarized world and its fast-paced media landscape. What shapes our thinking are the big headlines, scandals, and crazy stories. Like the one from 2014, when Primark shoppers found labels in their clothes with sentences such as “Forced to work exhausting hours” or “Degrading sweatshop conditions”. While it remains unclear if these labels were even authored by actual workers, the story is too remarkable to forget. What remains untold are the far more stories in which workers found better channels to express their grievances due to CSR programs and other activities to help workers. Accordingly, when I ask Linnea about common misconceptions that she would like to change, she answers:

“Many people think that the big fashion brands just order clothes from sweatshops. This is commonly portrayed in the media, but not the other side of the story where brands and suppliers collaborate closely to ensure fair and safe working conditions. This misconception does not help to make consumers respect the work that has been put into producing their clothes.”

My conversation with Linnea made me re-think my own misconceptions about big and small brands. I realized that the power of marketing images is a double-edged sword. Not only can it be turned against them, it also obscures a nuanced discussion of their practices. Sympathy for the underdog is an intuitive counter-reaction to the overbearing power of superbrands but it rests on the same questionable mechanism: image over facts. The truth is out there. It just takes a lot of effort to uncover it. As tempting as it may be, we should not fall for the shortcuts provided by marketing specialists – no matter who they represent. 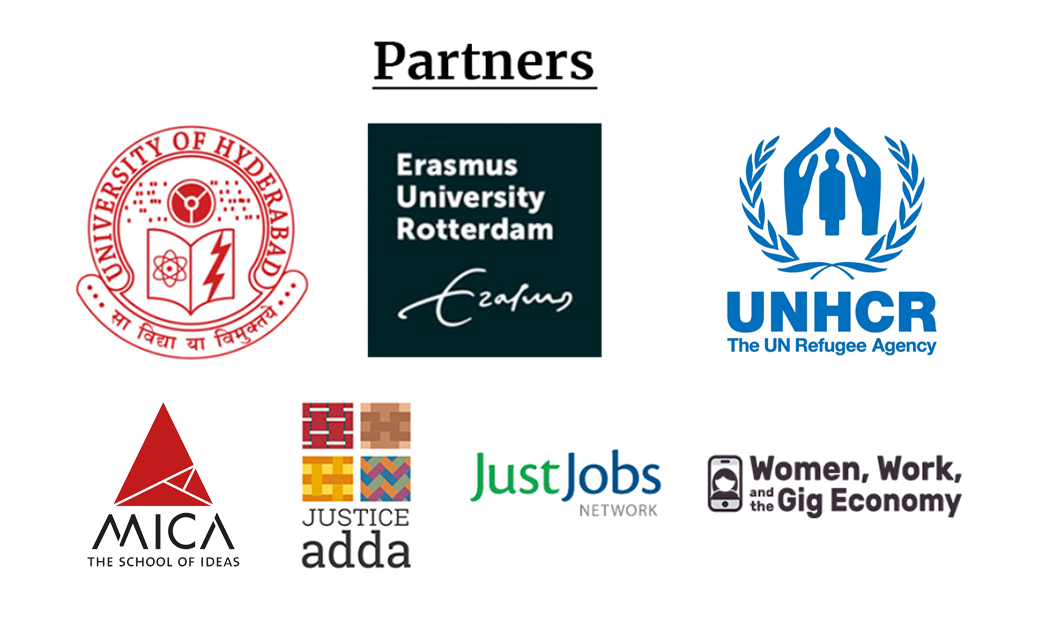